Blog
You are here: Home / Blog / Uncategorized / Do you know how to store your duvet？

It’s fall, and it’s time to check if your duvet is stored correctly. Check your duvet for any yellowing, odor, or fluff problems.

How to avoid these problems?

Before storing down duvets, it is recommended to clean them once conditionally, such as seven stars washing or I*wash, which is a professional washing care for home textiles.

Dry cleaning is absolutely not OK, because dry cleaning will damage down and affect the filling power. Be sure to dry it properly, to make sure the moisture is removed. 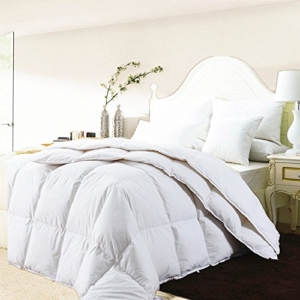 The removal of water from the down duvet can better prevent the breeding of mites and bacteria, avoid yellowing caused by moisture after the down duvet is collected, and produce a fishy smell.

Pls note that the duvet can’t be in the air for a long time, it will absorb moisture instead. 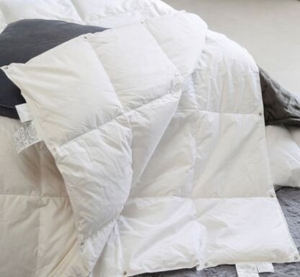 (Avoid damaging down and affecting down power)

The down of the duvet is spherical structure, the fiber will not withstand long vacuum compression. Many customers in order to save space, choose vacuum compression bag, the damage to down is great. Generally speaking, the proportion of down compression can not be higher than 70%.

When storing the duvet, do you use plastic bags or cloth bags? There are certain rules about this. It’s better use cloth bag to pack duvet. Because plastic bags are not breathable and impermeable to moisture, the compression is also large when packing. So it smells when we leave it a long time.

If a cloth bag is used to pack the down comforter, it can play the role of protecting the quilt, and it can be breathable and permeable. Storage bag can put a bag of activated carbon or desiccant, can play moisture absorption, and can go to the effect of odor, but pay attention not to put mothballs, to avoid the quilt yellowing. 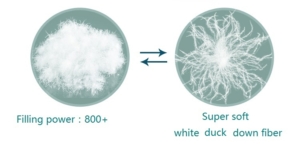 (To avoid yellowing and affecting the down power)

After duvet is stored, to be put in dry and avoid to put in the place with strong light directly. Prolonged exposure to light will affect the yellowing of the cover.

In addition, when storing down duvet, do not put in the bottom layer, try to choose to let down duvet on the top, so that it will not affect the down power of duvet. 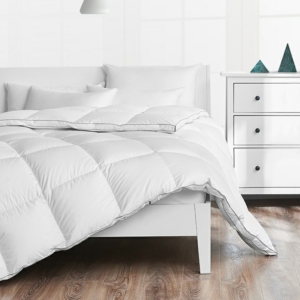 Want to join the discussion?
Feel free to contribute!

A letter from the goose！
Scroll to top